Literary Influences on the Young Luft

Since I have had quite a bit of fun contributing biographical sketches to the nineteenth- and twentieth-century volumes of Biographical Dictionary of Literary Influences edited by John Powell and published by Greenwood Press, here, as an exercise, is an autobiographical sketch in the style of that work:

LUFT, Eric von der (1952-____). Eric Luft was born in Woodbury, New Jersey, oldest of four sons of a chemical engineer, Alexander Luft, and a chemist, Barbara Meeker. A brother, two uncles, a grandfather, a great-grandfather, and a great uncle were also engineers. Luft attended public schools in North Bay, Ontario, 1957-1961; the Town of Mount Royal, Quebec, 1961-1962; Duluth, Minnesota, 1962-1963; and Kennett Square, Pennsylvania, 1964-1970. For sixth grade, 1963-64, he attended the Laboratory School of the University of Minnesota at Duluth. He received his A.B. magna cum laude with honors in philosophy at Bowdoin College in 1974 after taking twelve courses in philosophy, eleven in religion, five in English, five in French, four in Greek, two in German, one in chemistry, and nothing else. Among his professors were Herbert Ross Brown, William D. Geoghegan, Burke O. Long, C. Douglas McGee, Edward Pols, and Katherine S. Sherman. Among the textbooks in McGee's course, "Logic and the Limits of Language," was what Luft believes is the most useful book he has ever read: Thinking With Concepts by John Wilson (Cambridge University Press, 1969).

After two years of blue collar work, during which he took a third course in German at Montgomery County (Pennsylvania) Community College, he matriculated as a graduate student in philosophy at Bryn Mawr College in 1976. In addition to the regular philosophy curriculum, taught by José Ferrater Mora, George L. Kline, Jean Potter, Isabel Stearns, and George Weaver, he took two advanced undergraduate German courses from Gloria Flaherty. Both his master's thesis in 1977 and his doctoral dissertation in 1985 were on Georg Wilhelm Friedrich Hegel's philosophy of religion. From 1987 to 2006 he was the Curator of Historical Collections at the State University of New York Upstate Medical University. 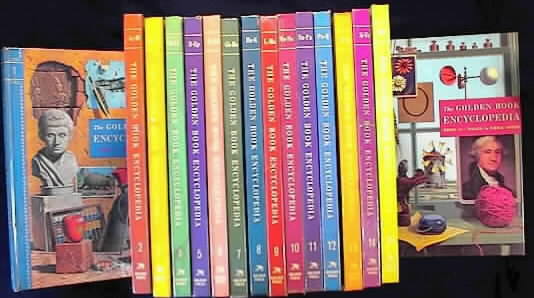 Luft was an only child for his first five years. His mother taught him to read when he was three. The first book he read "all by himself" was The Cat in the Hat by Dr. Suess, which appeared when he was in kindergarten. Luft adopted the cat's maxim: "It is fun to have fun, but you have to know how." Thenceforth he was a bookworm. By age eight he had outgrown children's books and had begun to develop his lifelong preference for non-fiction, especially reference works and biographies. In third grade he read all sixteen volumes of the Golden Book Encyclopedia cover-to-cover. While the rest of his fourth grade class, in the library every Friday afternoon, would gravitate toward the three fiction aisles, Luft alone would be in the two non-fiction aisles. Between fourth and sixth grade he read all the Landmark Books from Random House. His weekly ritual of the New York Times Sunday crossword began when he was in fifth grade. He never let anyone help him, but always relied on books. His reference skills thereby became so keen that by age sixteen he was able to do these crosswords in ink.

In sixth grade Luft discovered William Shakespeare, and within two years he had read all the plays. About the same time he read the whole Bible, but not devotionally. From 1964 to 1967, Mad magazine, John Lennon's In His Own Write, Bram Stoker's Dracula, Charles Dickens's A Tale of Two Cities, J.D. Salinger's The Catcher in the Rye, Jack Bechdolt's The Modern Handy Book for Boys, Lewis Carroll's and Edward Lear's nonsense, and Ian Fleming's James Bond series shaped his world-view. Many of his suspicions were confirmed by Frank Zappa's article, "The Oracle Has It All Psyched Out," in the June 28, 1968, issue of Life magazine.